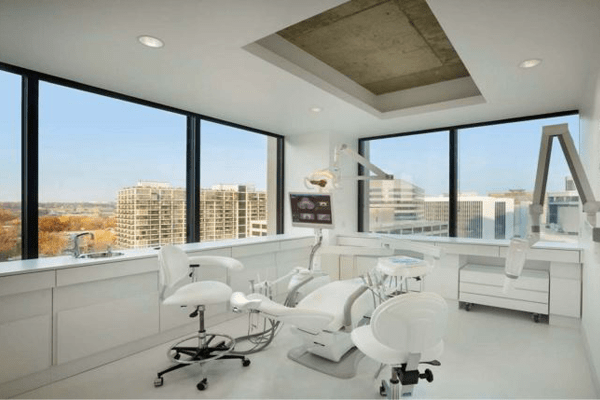 Dental service organizations (DSO's) are experiencing ever-increasing regulatory pressures in pursuit of efficiently managing services and resources. We understand and apply effective strategic and business planning tools to facilitate smooth and productive transition into setting up your own dental practice acquisition. .

As we approach the end of the 2nd decade of this century, traditional delivery models of dental care continue to undergo significant changes that impact retiring dentists and younger dentists alike. Like it or not, corporate dentistry, commonly referred to as the Dental Service Organization (DSO) model, is here for the long term and is continuing to grow in the number of offices, patient visits, and percentage of dentists they employ. At a recent practice broker annual conference, lenders provided statistics from the ADA regarding states with the highest percentage of doctors working under the DSO model. Texas was #2 behind Arizona, with 15% of licensed dentists working in corporate owned offices.

This percentage is likely higher in the major urban areas of Houston and DFW in our view. In addition to the large regional and national DSO groups, we are seeing growth in “emerging DSOs”, which can be defined as small, local groups of 3 to 5 dental office locations owned by a single doctor, or in some cases by two or three partners. These smaller groups generally lack sophisticated consulting, training, and other resources to grow to 15, 20, or 50 locations. The strategy of the larger groups is to become attractive acquisition targets for larger DSOs or private equity groups who are willing to pay a multiple of earnings that is higher than has been historically paid for solo or small group practices, provided that the group has the corporate infrastructure (CEO, COO, CFO, etc.) in place to ensure their continued success and future growth.i

Despite the growth of the DSO model, the majority of dentists continue to be solo practitioners, many of who are actively seeking to purchase a practice. Because the type of offices that DSOs are looking for ($1 million+ in collections, 5+ operatories, low overhead, seller's ability to continue working in the office for 2+ years after closing, multiple locations) only account for a small percentage of dental practices, the reality is that there are multiple choices for doctors looking to transition their offices and maximize practice value. Further, the final sales price that DSOs often pay is comparable to what we see private buyers paying for the same type of practices.i

The emerging dental service organization and corporate dentistry model fueled with the medical community's increased recognition of dentistry's vital role in solving sleep problems and diagnosing systemic disease is another significant trend that has brought corporate dentistry into the forefront to hedge funds and capital venture groups. Business and practitioner interest in the sleep sector grew significantly as a result of the potential impact of oral appliance therapy (OAT) in treating sleep apnea and snoring. Corporate interest also grew significantly-not only was there a proliferation of sleep companies (from educational, to billing, to sleep appliances), but large distributors also integrated multiple sleep companies to provide full services to their customer bases. An example is the new tie between EZ Sleep (a complete sleep service company), Henry Schein, and i-CAT. 2015 also saw the first private journal dedicated to sleep.ii

The U.S. is continuing to have an older and more diverse population. Between 2000 and 2010, the elderly grew at a rate that far exceeded the overall U.S. population (15% vs. 10%) and is expected to double by 2060 to 92 million persons. By 2030, all of the Baby Boomers (born 1946-1964) will have moved into the ranks of the older population. This will result in a shift in the age structure of the elderly ages 65 and over, from 13 percent of the population aged 65 and older in 2010 to 19 percent in 2030. This changing demographic will bring about with the increased demand for value in dental care spending practices will need to become more efficient alternate practice models such as corporate practices or dental management services organizations are growing at a slow rate, they are predicted to experience continued growth. Multi-location practices are receiving an increasing percentage of dental receipts and new dentists are more receptive to working in these practices. The number of multi-unit dental firms with 10 or more locations grew fivefold between 1992 and 2007, as the number of dental establishments that they operate rose from 157 to 3009.  They are now taking a greater percentage of total receipts — from eight percent in 1992 to 11 percent in 2007. The percentage of dentists who are associated with multi-site practices increased from five percent in 2008 to six percent in 2010. These practices are primarily concentrated in the South Atlantic area, on the Pacific Coast, and in the East North Central area, with the smallest concentrations in the East South-Central area and New England, leaving a great opportunity for growth in the southern states including Texas.

For a number of reasons new dentists are three times more likely than older dentists to be employed in a multi-site practice. 22 Mounting dental school debt makes it more difficult for new graduates to purchase practices. Lifestyle choices are also a factor in choosing to work in a large practice. As the increasing number of women entering dentistry attempt to balance family and professional lives, they will be more open to practices other than solo practice.iii

As a small business owner and practicing dentist of nearly two decades, I've developed a unique perspective on the dental industry. I've had the opportunity to watch it change from the inside out as I've dawned every hat in the dental office. As a result, I've seen a few things come to pass . . .

I've witnessed trends come and go. I've seen doctors discover the secret of running a successful, profitable dental practice . . . then have a family emergency or disruption in their work ability dismantle a career's worth of sweat equity. Yet, over the recent years the proverbial “wolf at the door” is not one of sudden catastrophe brought on from an unexpected accident or change in the doctor's producing ability. Dentistry is undergoing a silent killer of what most non-millennial practitioners refer to as the traditional dental practice model: THE DSO.

Dentistry is no longer the isolated fragmented industry, all of us secret introverts love. Much like the dinosaurs learned the hard way, dentistry must “evolve or die”. Evolving it is! One need not look far to find parallels. Sears. At its prime, (pun intended. ..wait for it) this industrial Goliath had a market cap around $18.47 billion. Today, Sears' market cap has fallen to less than $1 billion.

What happened? (you may ask) Amazon.com.iv

The growth of Amazon is similar to the same disruption we're seeing in the world of dentistry. Amazon tracked consumer trends, tastes, and desires, and then leveraged new technologies to deliver products faster and cheaper to the masses. All the while, Sears got hit by the ten-kilometer-wide asteroid called Amazon.

The Times They Are a-Changin'v

The Journal of the American Dental Association reports that fewer dentists own practices now than a decade ago. The rise of corporations in dentistry, such as the DSO can be as the single most effective catalyst for this change. DSOs command advanced business systems and large marketing budgets, corporations are changing what dental practices look like. Couple that with changing demand for dental services and a steady flow of new dentists into the market, and you'll understand that the time is now to evolve and differentiate your practice, go the way of the T-Rex or “buy-in” or sell out to the DSO juggernaut of change.vi

Thank you for contacting us. We will get back to you shortly.

Please complete all required fields below.

Huynh & Huynh is located in Houston, Texas. Our mission is to serve as the primary resource for our clients' personal, financial, and business growth.